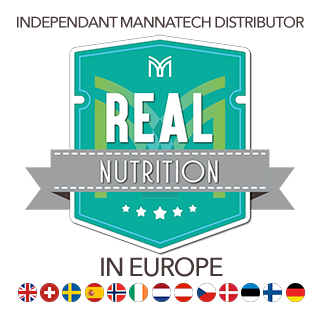 Mannatech, Incorporated (MTEX), the founder of the M5MSM (Mission 5 MillionSM) social entrepreneurial movement, the pioneer of nutritional glycobiology and the leading innovator of naturally-sourced supplements based on Real Food Technology® solutions, announces the issuance of two new patents pertaining to its Ambrotose AO formulations, increasing the total patents held by the company to more than 90.

“While the vast majority of antioxidant supplements rely on high-dose synthetic ingredients,” said Dr. Sinnott, CEO and Chief Science Officer at Mannatech, “we knew back in 2003 when we launched Ambrotose AO that a better approach would be to formulate a synergistic blend of fat- and water-soluble food-sourced antioxidant nutrients that resemble the nutrients found in a diet rich in fresh fruits and vegetables. Proof of the benefit of Ambrotose AO supplementation, as measured by increased serum oxygen radical antioxidant capacity (ORAC), has been confirmed in three human clinical trials.1,2,3 The product’s safety has been confirmed during these studies and by 11 years of data collected by our outstanding Safety Monitoring Program.”*

“Mannatech had the foresight to begin developing its patent portfolio in the mid-1990s,” continued Dr. Sinnott. “These two new patents are a direct result of our systematic research and intellectual property development which has continued without pause since the company began.”